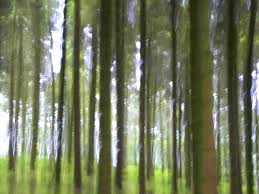 On day 1 Ben Webb asked each of us to imagine we had seen this piece (Running on empty) performed the night before. These are some random, imaginary things we envisaged having seen:


Darkness, laughter/giggling, a bird in a shed, broken hearts and the smell of sweat, stars, a surprise ending, a sweet and gentle morning, a man and a woman and the space in between, a diary/open letter, a woman running blurred, a race to undress...

The idea behind this being that the piece already exists for all of us on some level.

It does, I can feel it coming to the surface, and I have every faith in its journey to fruition.

After the first 3 days working with Jo, Greig and Ben I can hardly contain my excitement and anticipation.

We all danced, made dance, directed tasks, did voice and movement exercises, told stories, shared, copied, followed and became leaders.

Theatre director Jo McInnes has taken on the role of directing the movement, something she hasn’t done in dance form before, and me and Greig have thrown ourselves into the tasks and improvisations head first. Totally loved every minute of it, and I can feel the possibility of going to places I have never been.


We have gone from intimate strangers to lonely, hungry giants. We have used text from Sarah Kane’s 4.48 Phychosis and dialogue Ben has provided us with, and experimented with the combination of text and dance.


Ben has been writing for, with and about us amongst other things. He has written before, during and after us dancing. I am in awe of the stream of poignant, poetic and surprising text that flows through his fingers into his computer page.


What pleasure to be dancing with Greig again. Simple, balanced and perfectly exhilarating! We’re totally up for the challenge, and throwing it out there and at eachother. I'm wishing he hadn't buggered off to Madrid.

Crisp blue winter skies and Jo’s excited dog Frankie accompanying our morning run along Brighton seafront.
Coffee and bacon sarnies in the car from Brighton to Hextable, Kent.
An hour long improvisation, after which I didn’t know who or where I was anymore.

So next week Writer Brad Birch and performer Ben Duke will join Me and Jo for 2 days at Laughton Lodge, near Lewes.